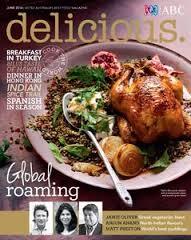 Okay, so leaving things to the last minute doesn't always work out. Although, strictly, I am actually making this post in time. It is just not exactly what I was planning but it is a recipe from the June delicious magazine so it does comply with my overarching theme.

I had plans to make the Braised beef short ribs with silverbeet and haloumi crumbs. I mean how good does that sound? Pretty awesome if you ask me. I kept putting it off and putting it off. Busy with other stuff on this day or that day. So finally on Thursday I decided that I couldn't put it off any longer as end of month was fast approaching. On Friday after work I would grab the short ribs from the butcher and some silverbeet from the supermarket, I have everything else in the house. If I had gotten myself organised I would have had silverbeet in the garden but I didn't so I don't. However, not every thing went to plan. Instead of going to the supermarket and the butcher on Friday afternoon I had a trip to the hospital in an ambulance. What did I do you ask? Well, I somehow managed to fall down 2 stairs at work and wrench my ankle into a position it shouldn't have been in. My co-worker called the ambulance and they came, gave me morphine (yay for morphine!!) and off we went. Thankfully it isn't broken but I have been rather hobbled on a set of crutches, oh and my rolling office chair. That chair by the way is pretty awesome. It means that I don't have to use the crutches to go to the kitchen. Lol. Needless to say the dish did not happen.

I was kind of resigned to the fact that I wasn't going to get anything made. I didn't feel much like eating. Plus I have been pretty fuzzy from the painkillers. There are other things in this issue that certainly did look promising. The Moroccan spiced lamb chops with moghrabieh and roasted beetroot sounds excellent. I don't have moghrabieh but do have some of the pearl couscous which could easily be substituted. However, the lamb is in the chest freezer which is tucked away in the corner of the laundry. I also know that the lamb is toward the bottom of the freezer since I had to clean out my fridge/freezer in a hurry a few weeks ago and everything just got dumped in there. I didn't fancy balancing on one leg digging around in the freezer for some lamb chops.

Another dish that I am keen to try is another slow cooked meal, Pork cheek with celeriac puree. Beef cheek seems to have become the in thing to use I guess that pork cheek is probably going to be next on the hit list. I am pretty sure that my butcher wouldn't have any on hand so it is a meal that will involve a little planning. As I said, planning hasn't really been my forte lately. I will also have to buy a bottle of Pedro Ximenez for the recipe. I have a pretty good idea that isn't all that cheap. Although I do have a few other dishes that use it so I am sure that it wouldn't sit in the cupboard long. One day.

This morning I decided that I will not succumb. I will not let a month go by without a delicious magazine recipe. Okay, so I have also cut back the painkillers. Anyway I was looking through the issue for something that would be easy and I came across this recipe. It is really easy. Basically 2 kg of onions caramelised and then some allspice and cinnamon added. The onion is then placed in a dish and four eggs cracked into it and then cooked until the whites are firm.

I cheated. I made a heap of caramelised onion a few weeks ago so I grabbed a packet of that out of the freezer and heated it up. I put them in a little pan that I found in a kitchenware store a while ago, cracked in the egg and I baked it in the oven at 160 C for 9 minutes. It was probably a minute too long as the yolk wasn't really runny anymore. I tend to forget that they continue to cook once out of the oven. It wasn't the best thing I have ever eaten but it was nice  and a bit unusual. It is supposed to be a breakfast meal but I had it for lunch. I think that it would be really good on a piece of toasted turkish bread (since it is a Turkish recipe). I won't be rushing to make it again but when I do cook up another lot of caramelised onions I might give it another shot. 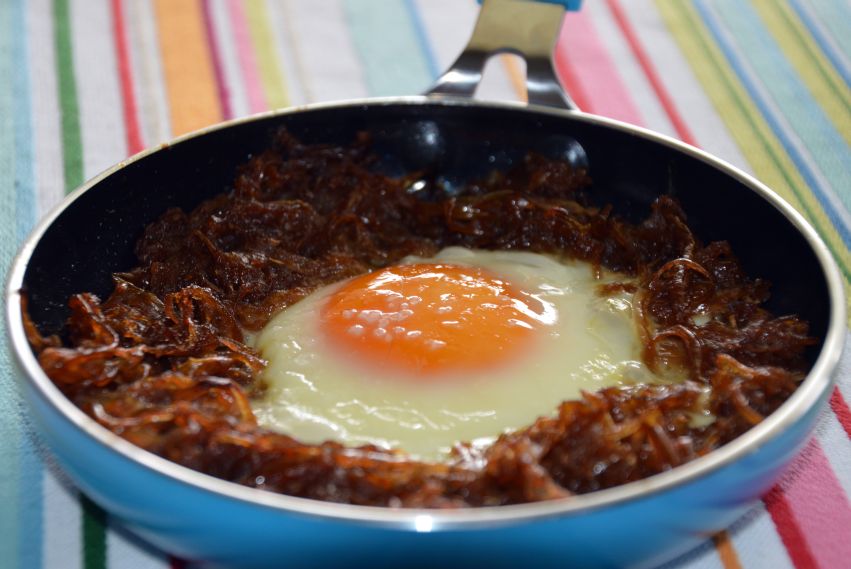 I have heaps of things waiting to be blogged. This is one of them. Problem is some of them I don't remember that much about them now. I do remember this was really good. I am pretty sure that I reduced the amount of fennel. It can be quite a strong flavour when freshly ground. I know that I didn't do the sweet potato with it instead serving it with a quick little salad. A great meal. I might have to make it again just to confirm it was as good as I remember... 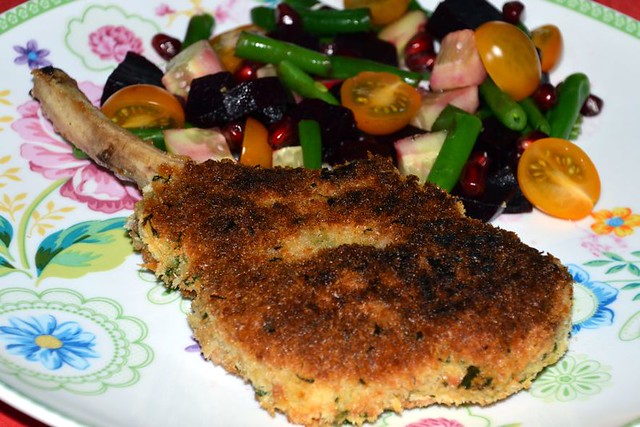 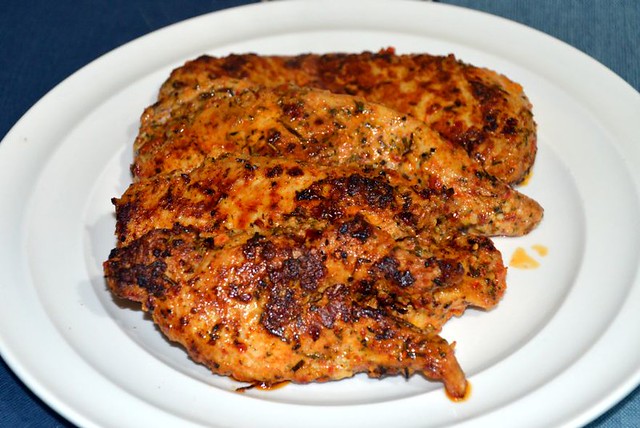 I have shared this recipe around a bit lately. I posted it over on the Taste forums before they went down for maintenance. I number of the members over there tell me how much they loved them and that the recipe was very popular. I, myself, had not made it in a long time though.

This is my mum's recipe and I remember asking her to make it all the time. It wasn't something that she did make a lot however it made it more special when she did make it. There is another recipe that I used to beg her to make all the time I haven't made it in years either, I will have to dig that one out as well. She always used to let me help her make it. It is such an easy recipe that it really is one that the kids can help with making. I remember pressing the base into the pan and mixing up the ingredient for the topping. Mum would, of course, take it in and out of the oven and would pour the filling over the base. Even when I was older it was still something that we always made together. I made it this past weekend to take along to my Toastmasters meeting tonight and it was enjoyed by all.

Mum has some notes next to a few things. I am also not sure why the recipe specifies an ungreased pan. I both grease and line the pan. Also I have used my slice pan to make it rather than a 20 cm square. Finally the one I made on the weekend I made the base as it but made 1 1/2 times the topping recipe, I this it was better. I then cooked it for 28 minutes and it seemed perfectly cooked.

Combine sugar, flour, baking powder. Add eggs, juice & zest and mix well. Pour over base and bake at 350 F for 25 min. Top puffs up in baking but falls when cooled. Cool in pan and sprinkle with icing sugar to serve. 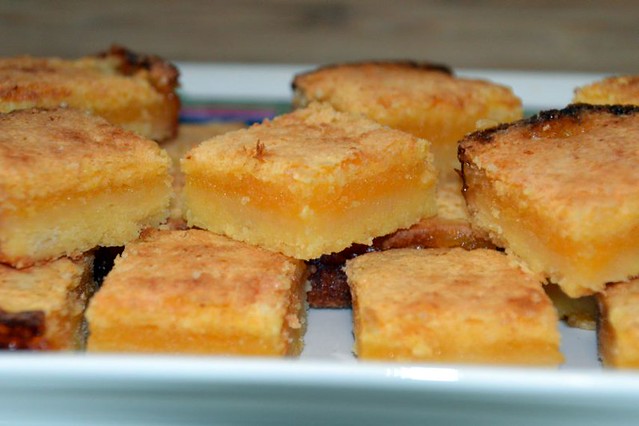