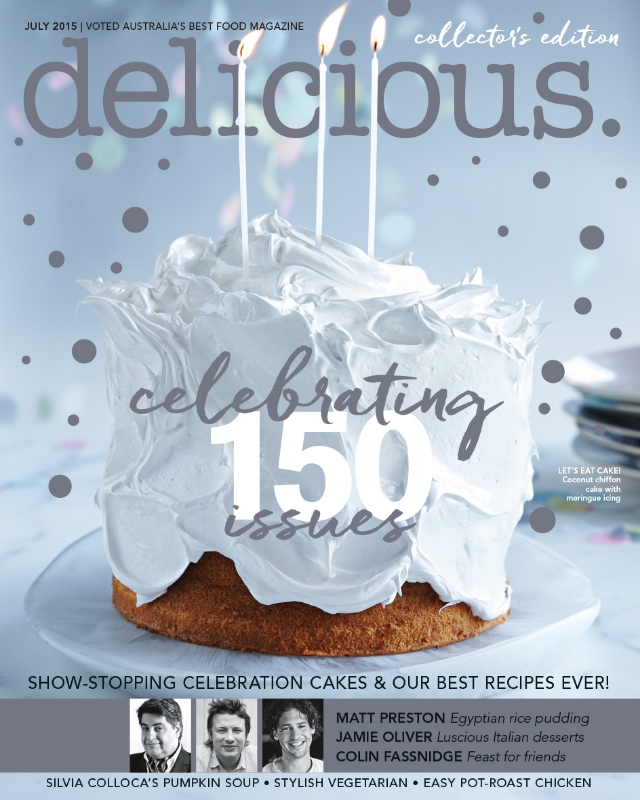 Back again with another dish from this issue. There really is a lot of good food in it. Although I haven't made as many as I had planned when first reading through. I am still having fluctuating cooking mojo. Along with that sometimes I just want to make something familiar. The only things I have made lately have been bolognaise sauce, curried sausages and a beef stew (that tastes great but looks vile in a photo). All good food just not all that exciting or really worth blogging. The most recent bolognaise sauce was just a quick, easy version. If I make my long slow cooked version again then I may blog that. Mince, some veg, various tomato substances, wine & herbs really isn't all that thrilling.

Anyway, I made Colin's pot roast chicken one night. It had quite a lot of flavour to it but there was something about it that I just didn't like that much. I don't even know what it was. Mine didn't colour up that much. Not nearly as much as the one he has pictured. Although I have heard quite a bit about how in some cases you don't want your food to look like the photo. I wonder if that happens in food magazine photo shoots? There was a tv show here in Australia called Gruen Transfer that was all about advertising. One of the guests on there one night was talking about how to get that "wisp" of steam coming off a steak. She said that they soaked a tampon in water, microwaved it and then shoved it under the steak for the photo. It weirded me out then and does again now. There was also talk of gluing sesame seeds onto buns, nailing pizza to get the perfect cheese pull and using brown paint for the pour of chocolate... All fascinating stuff and, well, a bit gross too.

The flavour of the chicken was great. It was juicy and all. I just didn't like it for some reason. The recipe is available here on the taste.com.au website. 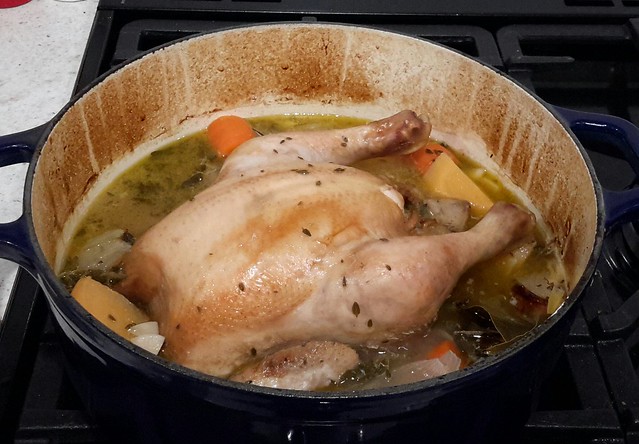 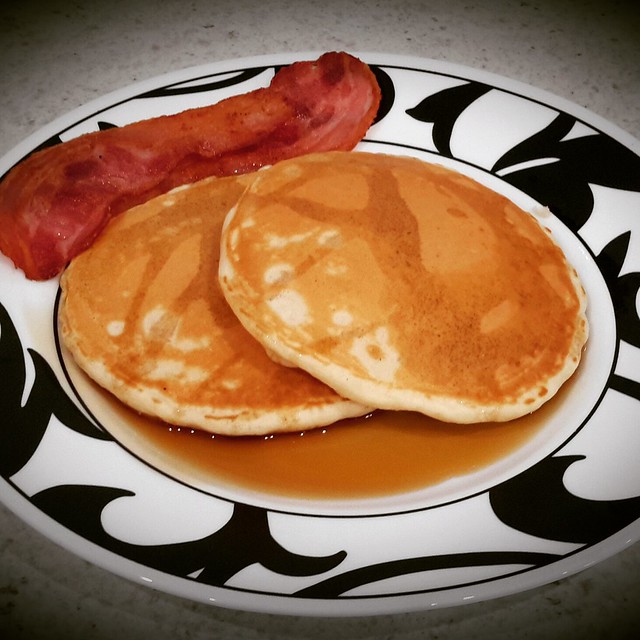 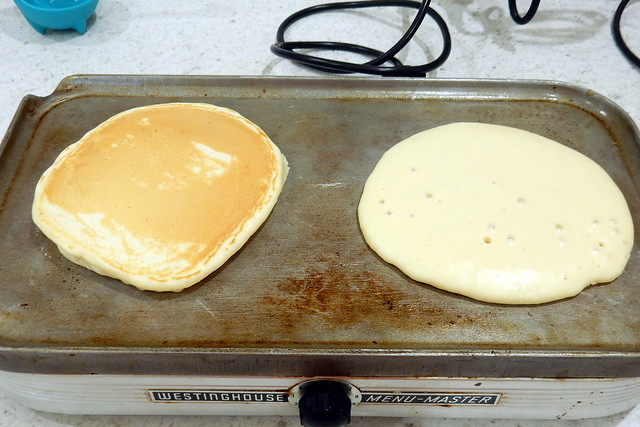 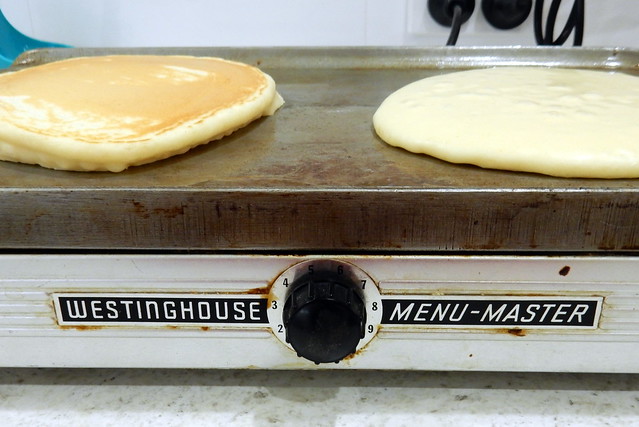 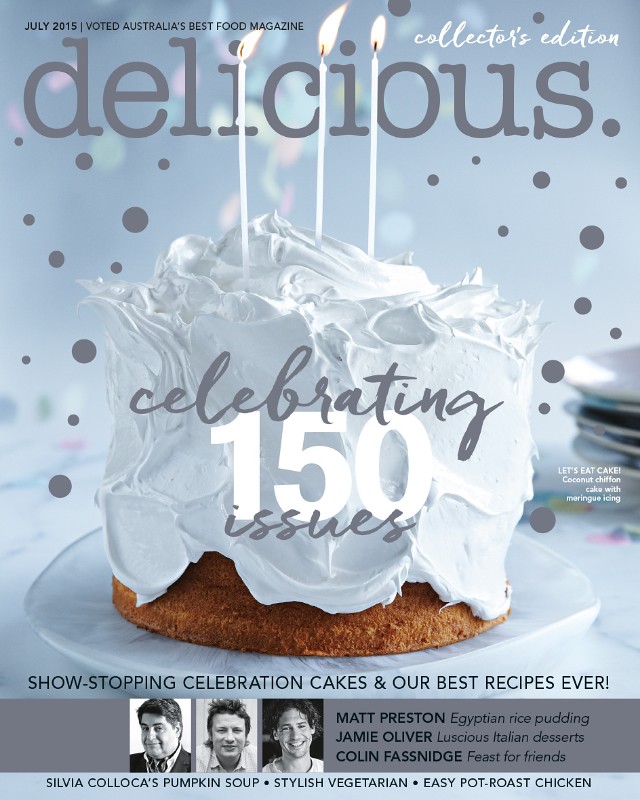 Congratulations to delicious magazine on the achievement of reaching 150 issues and just look at the amazing cake on the front cover. I definitely want to make that. It may make an appearance for our next Toastmasters meeting. Even if it does take 12 eggs to make it! I mean that is a lot of eggs. However, I really do want to make it...

I am surprised by the amount of recipes in this issue that I actually want to make given how meh I have been so far this year. Although I am starting to think that has had a lot more to do with my lack of cooking mojo. Thinking back over the past 6 months and, for the most part, I have been making some pretty banal food. Nothing wrong with it, easy to do and involves little thinking but nothing to be blogging about. I am sure you don't want to read about me cooking lamb cutlets & veg or steak & veg. Plus you really can only blog lasagne once. I've already blogged the curried sausages. Hmm, there may have been a couple of interesting things in there but I can't think of anything off the top of my head. Oh, there was one really excellent roast pork belly but I have a rather dreadful out of focus picture. I guess I'll just have to make it again.

I have actually already made something else from this issue and will write about that in another post. I would also like to make Matt Wilkinson's Garlic, Ginger & Sesame brown rice, add some chicken & greens and I think it would make a fabulous dinner. His Pumpkin B'Stilla with beetroot & yoghurt sauce sounds really interesting too. I have all but the filo pastry to make it. I hate filo pastry. I can never get it to work for me. I would just use some puff pastry & roll it a little thinner. I might add that to my menu plan for some time this week...Wednesday maybe. (Hahahaha, I said "menu plan"... like that happens)

After mentioning about the endurance of dulce de leche in the fridge and how I had finally used the last of it in my snickers cupcakes I discovered that I needed some again. So I threw all the ingredients in the thermomix and off it went. I actually overcooked it a little so it is a bit more "set" than I would like it to be but all I have to do is toss some in the microwave for a minute on soften/melt function. Plus, it doesn't make any difference when sitting eating it with a spoon. lol. I really liked this banana bread recipe. The addition of the dulce de leche added an amazing moistness to it. Surprisingly it wasn't that sweet. It was welcomed with open arms at my Toastmasters meeting. I would make a few changes to the recipe though. The first is that I would leave out the chocolate chips. Only 50 g in the entire mix and it just seemed kind of pointless. I maintain that walnuts aren't all that nice of a nut so I used pecans for the nuts. I didn't have a loaf pan large enough so I put it in my 20 cm square pan. I think the 22 cm would have been better, it took a long time to cook and I had to foil the top as it was starting to darken too much. I also didn't use the coffee icing on it as we have a member who loathes coffee. I think that there was plenty of favour in it without the coffee icing. My final change would be to put the batter in the cake pan and then dollop and swirl the dulce de leche in as is really dispersed putting it in before putting in the pan.

Pre-heat oven to 160 C (fan-forced)
Grease 22 cm square pan
Combine sour cream, cream & soda in a both, set aside for 10 minutes.
Mix in butter, sugar & eggs.
Mix in dry ingredients and then bananas and pecans.
Spread batter in pan and dollop dulce de leche on and use a knife to swirl through the batter.
Bake 1 hour, checking at 50 min if using the larger 22 cm pan. If using 20 cm cook about 1 hr 15 min. 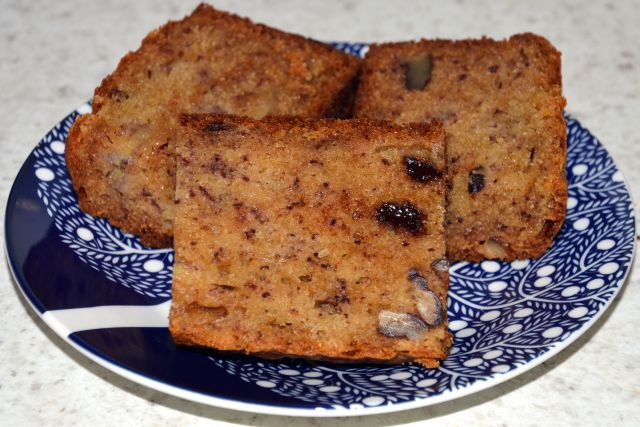 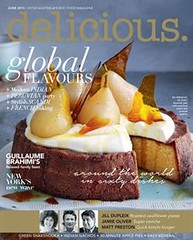 My last post said that I found this issue unread on my dining table. Well, apparently it just looked unread as when I started looking for this recipe it turned out to be in the June issue.

Doesn't the cake on the cover look amazing? I would love to make that but, well you know, I can't bake too much. There is only so much that I can (should) eat. I do get a bit of a chance to bake now that I am in Toastmasters as I get to provide supper for the meetings. So perhaps I will make the Almond cake with poached pears and caramel praline. Sounds awesome doesn't it? Although it might be a be much for one of our meetings. Plus those pears would mean that it wouldn't be "finger food". There are plates there that we can use but, well, then there is just more washing up. lol

The Beetroot & Pumpkin Curry recipe jumped out at me when I was flicking through the magazine. I love both beetroot & pumpkin. I have had pumpkin in curries before but never beetroot. It had me a bit curious. Beetroot are plentiful and pumpkins are in season so it was a really good seasonal meal to make. Like all beetroot dishes the colour is glorious. The earthy flavour of the beetroot combined nicely with the spice. I am not a huge curry fan but I did really enjoy this one. The recipe called for it to be served with flat bread however I didn't feel like making any so I just cooked up some rice. I just used white rice but I think that the nuttiness & chew of brown rice would be much better with this dish. I did really like it but given I am not a huge curry lover and freezing didn't go well I doubt I would make it again. 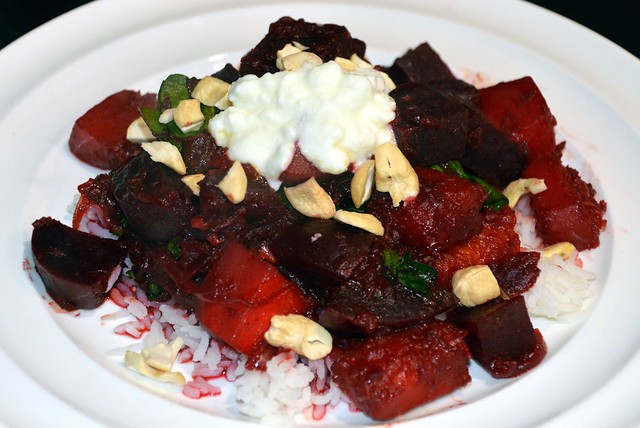