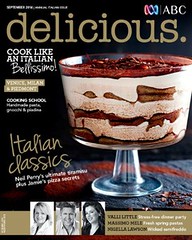 Blah to cooking this month. No there has been some done but mostly rather plain stuff or stuff that shouldn't be spoken about, like the Pasta & Sauce sachet that I bought, made and devoured...blergh.

There were various things in this issue that did look okay but I just could not seem to get interested in making any of it. Coming towards the end of the month and I realised that something had to be done. So I went for something quick and easy. Valli Little's Spaghetti with cherry tomato sauce. It was good. I mean it was spaghetti with a tomato sauce not much can go wrong with that. I didn't have pancetta so I had to leave that out. The resulting meal was very good.

Wizz, onion, pancetta, rosemary and garlic in a processor until finally chopped.
Cook onion mixture over medium heat for 2 -3 minutes. Add anchovy and cook for a further 2 minutes. Add tomatoes, cook 5 - 6 min until slightly reduced.
Cook pasta as per directions, drain, toss to combine with sauce. 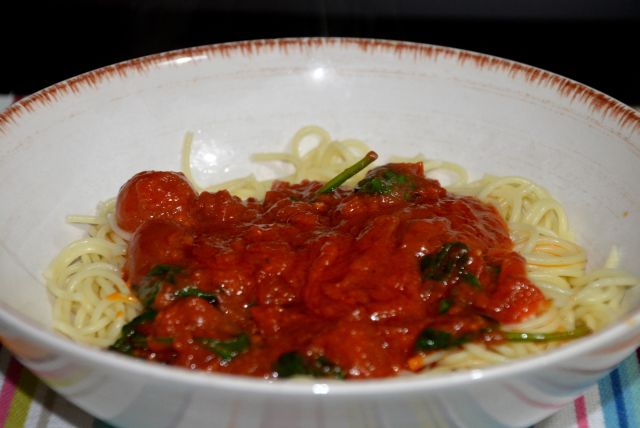